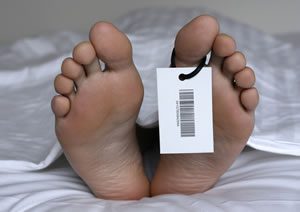 In June 1997, Canada, the United States and Mexico launched the first-ever North American Occupational Safety & Health Week. This event was born when the three nations joined together for the North American Free Trade Agreement (NAFTA) talks and government labour representatives discussed the subject of workplace safety. Canada’s representative introduced the idea for NAOSH Week when he suggested that the U.S. and Mexico consider establishing an annual event based on the CSSE’s (Canadian Society for Safety Engineering) Canadian Occupational Health and Safety (COHS) Week, which had been observed since 1986.

Since 1991, the Canadian flag on Parliament Hill in Ottawa has flown at half mast on the National Day of Mourning to honour those Canadians killed or injured on the job. While Canada was the first nation to recognize National Mourning Day, other countries have since followed suit in honour of their own fallen workers. As well, on April 28, 2001, the International Labour Organization first observed World Day for Safety and Health at Work.

The National Day of Mourning takes place on Monday, April 28, 2008. Numerous communities across British Columbia hold public ceremonies on April 28, and take part by observing a moment of silence, flying their flags at half mast and/or planting memorial trees. A ceremony co-hosted by WorkSafeBC, the BC Federation of Labour and the Business Council of British Columbia will be held at the Workers’ Memorial at Hastings Park in Vancouver, BC at 10:00am on April 28. Everyone is welcome to attend the ceremony and pay tribute to BC’s fallen and injured workers.