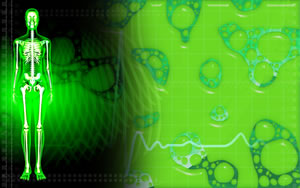 We’ve all seen the commercials aimed at those who’ve come into contact with asbestos in the course of their work, and we’ve all seen the warning signs stating that asbestos is contained in building structures. The increasing spotlight on asbestos has many of us wondering “What is asbestos – and why is it so common used despite the hazards that it poses?” This article seeks to answer these questions, offering an introduction to asbestos, its widespread use, and the potential dangers that it poses to humans.

Asbestos is a set of six naturally occurring silicate minerals with physical properties that are desirable for commercial use. Asbestos are categorized into two classes based on their differences in chemical composition and the health hazards that each class poses if inhaled. The serpentine class includes the asbestos chrysotile, while the amphibole class contains the other five, amosite, crocidolite, tremolite, anthophyllite and actinolite. While amosite and crocidolite are cited as the most hazardous of the asbestos minerals because they can persist for very long periods in the lungs of an exposed person, it is important to note that both classes and all types of asbestos (and all of the commercial forms) are known to be carcinogenic to humans.

Asbestos use can be traced back some 4,500 years – as far back as the ancient Greeks, who gave the substance its name. Historically, asbestos use has been widespread – contained in cookware, utensils, and even clothing. Asbestos was introduced in the U.S. in the mid 1800s, when it was mined for use as a building insulator. In the late 19th century, asbestos use became increasingly popular amongst manufacturers and builders, due mainly to its sound absorption and average tensile strength, along with its resistance to heat, electrical and fire damage.

By the mid 20th century asbestos was used in a wide range of products, including: fire retardant coatings, concrete, bricks, pipes and fireplace cement, heat, fire, and acid resistant gaskets, pipe insulation, ceiling insulation, fireproof drywall, flooring, roofing, lawn furniture, and drywall joint compound. Asbestos filters have previously been used by the automobile industry, in brake pads, shoes and clutch discs, although this practice has ceased since the introduction of alternative options in the mid-1990s. One cigarette company briefly used asbestos in the cigarette filters for a four year span in the 1950s, and at one time, even artificial Christmas snow contained asbestos. The ship-building industry has been particularly affected by asbestos, with an estimated 100,000 victims who’ve died (or will die) as a result of exposure.

Asbestos-related health issues are most common amongst those who’ve inhaled fibers on a long-term and repeated basis. With increased exposure and inhalation, higher concentrations of fibers and/or long-term exposure, the risk of disease increases substantially – and those who fall ill are most often those who’ve suffered from occupational exposure, exposed on a daily basis as they work with asbestos in the course of their jobs. Those with limited, short-term exposure, or someone who has had a single high-level exposure, are generally unlikely to contract an illness.

As extensive research has shown, the inhalation of asbestos fibers can cause serious illnesses – including malignant lung cancer, mesothelioma (a rare form of cancer strongly associated with exposure to asbestos), and asbestosis (a type of pneumoconiosis). Although asbestos exists in the ambient outdoor air which we all breathe, this in itself does not cause health problems; rather, the long-term exposure to high concentrations of asbestos is most often the cause of health problems. Those who’ve worked in construction industries (for example, the ship-building industry, as noted above) in which asbestos use is common are repeatedly exposed to the fibers over long periods of time – and symptoms of asbestos-related illness can take many years, even decades, to show. Mesothelioma has been observed in people who have been occupationally exposed to chrysotile asbestos, the family members of those with occupational exposures, as well as people who’ve resided near asbestos factories and mines.

The first asbestos-related death on record occurred in 1906, around the time that researchers began to notice the increasing number of lung problems and even deaths in asbestos mining towns. In the century since, widespread awareness of asbestos hazards has increased – and has most recently resulted in various litigations from those exposed in the course of their working and daily lives. Asbestos regulations have been put in place on various levels, with various countries banning its use entirely. With widespread awareness of the dangers posed by asbestos, the international community as a whole should be moving towards a total ban on the use of asbestos in the future. While we cannot fix what has happened in the past, we can certainly take measures to make better choices for the future.